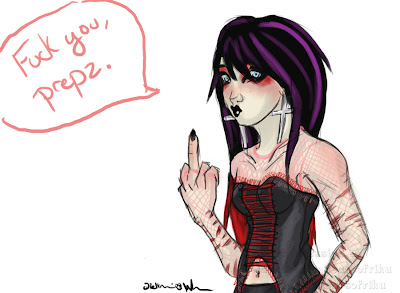 Listen up, preps.  It's official.  We are proud to announce that we have started production on our audiobook dramatization of Tara Gilesbie's notorious fanfiction masterpiece "My Immortal," which is being recorded in response to the challenge issued by Pretentious Internet Theatre.  And, yes, we plan on doing the entire thing.

The entire 40+ chapter series will be spread over two individual episodes (which will not be produced back-to-back, I'm afraid, as I wish to preserve my sanity).  The first episode will contain chapters 1-22 while the second episode will feature chapters 23-44 and additional bonus content.

Oh boy.  It's gonna be a long couple of months.
Posted by Pamachu Productions at 4:57 PM

Pamachu Productions
Taking on the shit-fics one Mary Sue at a time!